The Museum is open to walk-in visitors! Find out more.

Louis William Wain was born on 5 August 1860. His father was a traveller for a textile firm: his mother, of French emigré descent, designed church embroideries and carpets. He studied at the West London School of Art, and began his career as an art journalist, drawing many different subjects. However, it was for his pictures of cats that he eventually became famous. From the 1880s until the outbreak of the first world war, the ‘Louis Wain cat’ was hugely popular. Appearing in vast quantities in prints, books, magazines, post-cards and annuals, Wain’s cats are to be found engaging in every form of human activity - from playing cricket, digging up roads, and riding bicycles, to parading the latest fashions at Ascot and making pompous after-dinner speeches at the club.

Despite his fame Wain never made much money, being highly impractical in business matters, and during the war he began to suffer real poverty. Always known as being somewhat eccentric, he now began to develop signs of serious mental disorder. Previously a mild and gentle man, he became increasingly suspicious, abusive, and occasionally even violent towards his sisters with whom he lived.

Eventually, in June 1924, he was certified insane and committed to Springfield Hospital (the former Surrey County Asylum) at Tooting. ‘Discovered’ here the following year, he was transferred to Bethlem Hospital after a campaign by admirers of his work, including the Prime Minister Ramsey Macdonald. Macdonald later arranged for the Wain sisters to receive a small Civil List pension in recognition of their brother’s services to popular art.

In 1930 Louis Wain was transferred to Napsbury Hospital, near St Albans. He continued drawing until near the end of his life, and exhibitions of his work were held in London in 1931 and 1937, as well as a memorial exhibition shortly after his death. He died at Napsbury on 4 July 1939.

Bethlem Museum of the Mind has 55 pieces of artwork for Louis Wain. 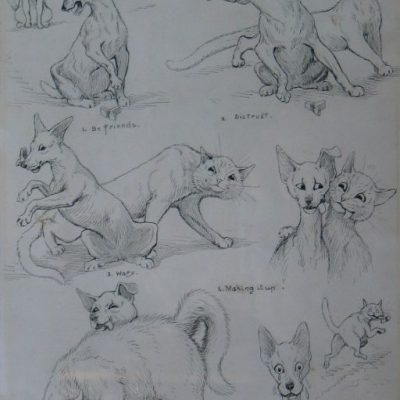 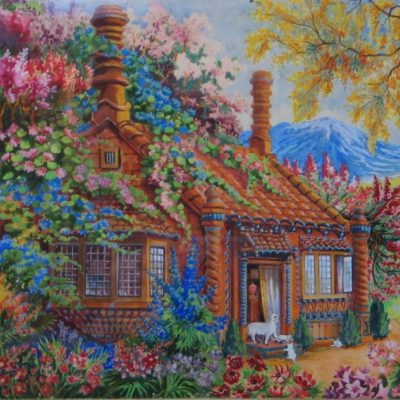 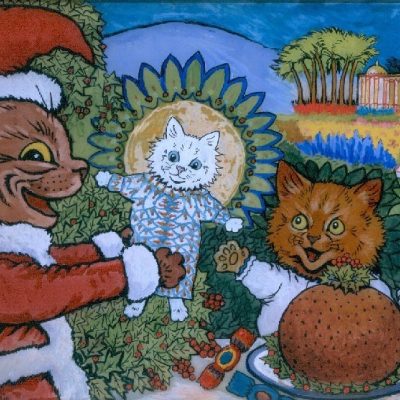 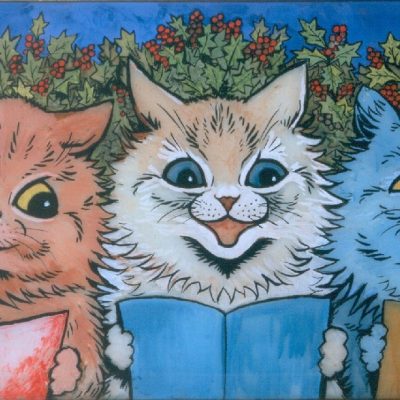 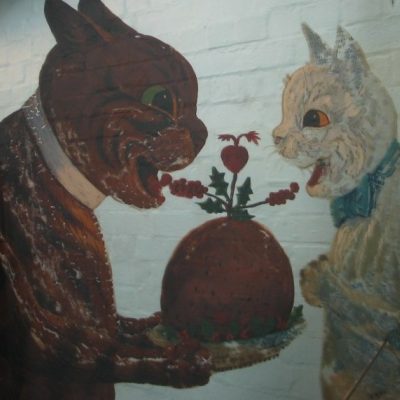 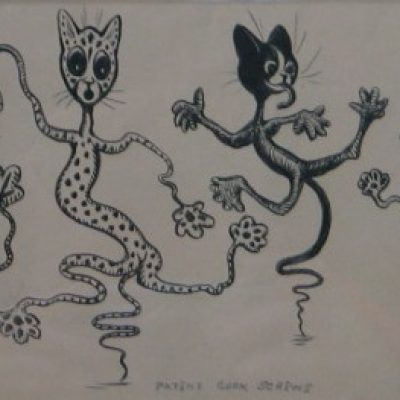 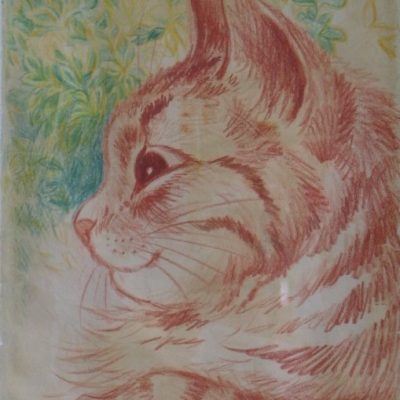 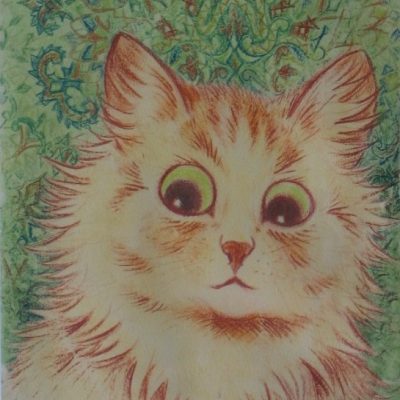 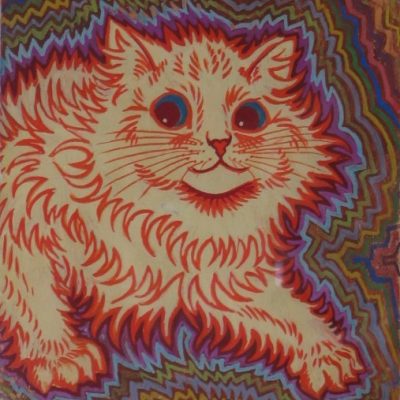 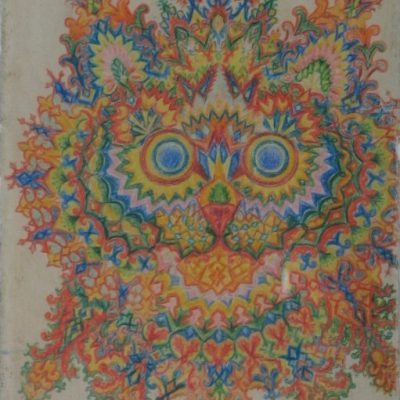 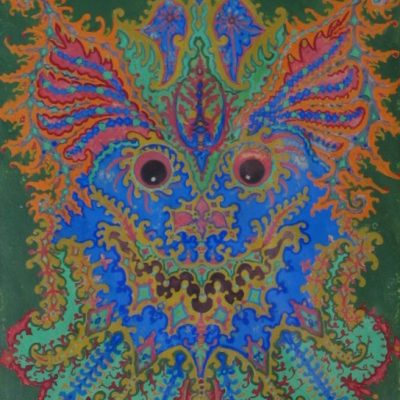 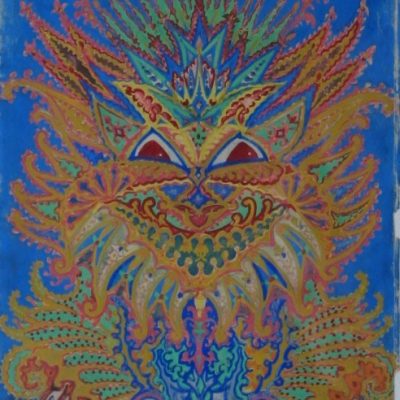 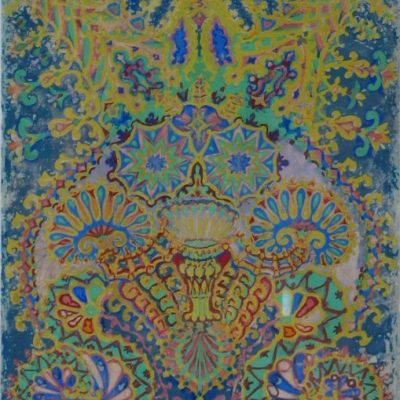 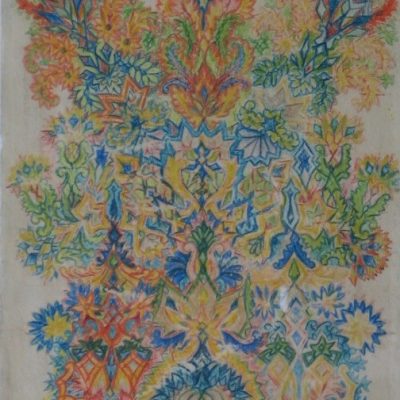 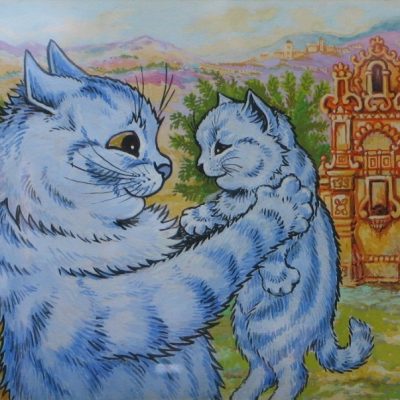 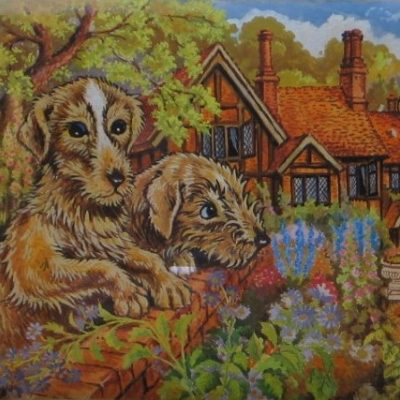 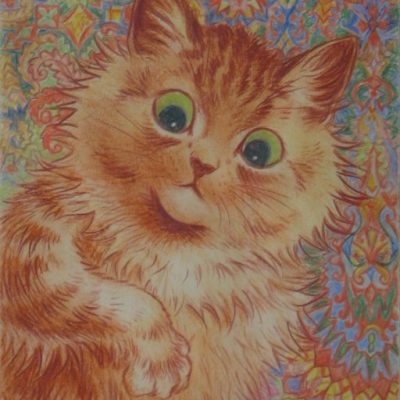 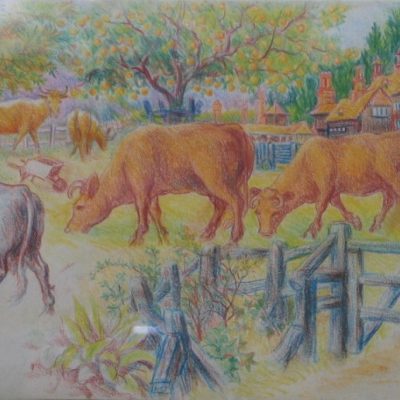 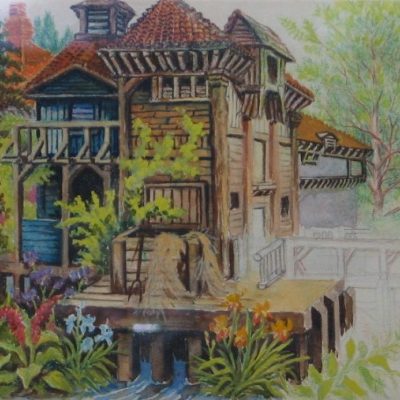 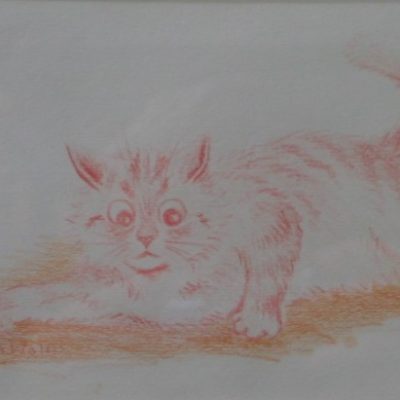 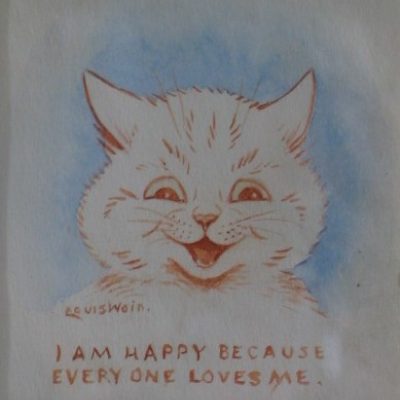 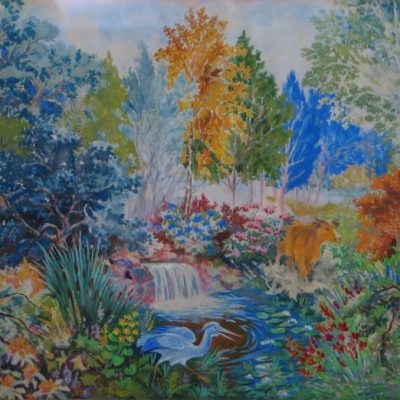 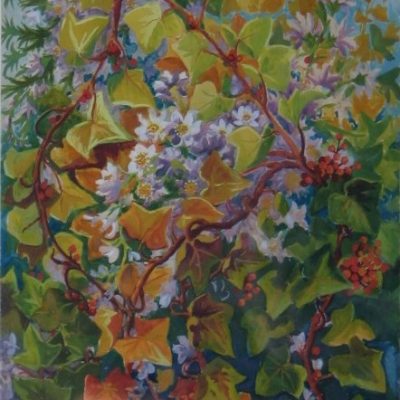 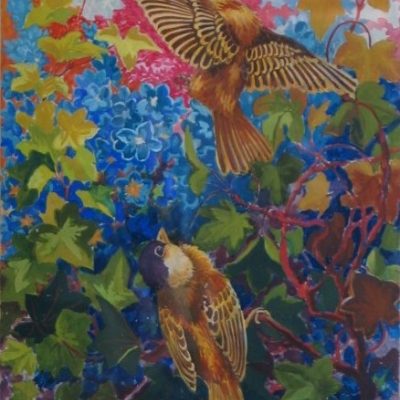