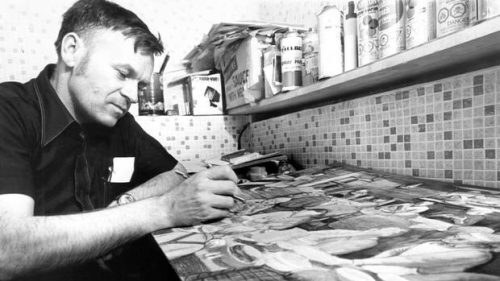 William Kurelek was born near Whitford, Alberta in 1927, he developed an early interest in art which was not encouraged by his hard-working parents. He studied at the Ontario College of Art in Toronto and at the Instituto Allende in Mexico, but was primarily self-taught from books.

By his mid-twenties he had moved to England. In 1952, suffering from clinical depression and emotional problems, he admitted himself into the Maudsley Psychiatric Hospital. In hospital he painted, producing The Maze, a dark depiction of his tortured youth. His experience in the hospital was documented in the LIFE Science Library book The Mind, published in 1965.

He was transferred from the Maudsley Hospital to the Netherne Hospital, where he stayed from November 1953 to January 1955, to work with Edward Adamson (1911–1996), a pioneer of art therapy. At Netherne he produced three masterpieces - Where Am I? Who Am I? Why Am I?, I Spit On Life, and A Ball of Twine and Other Nonsense.

In 1959 he moved to Toronto, where he wrote and illustrated a series of children's books, several of which have become modern classics. In 1974 he illustrated a new edition of W. O. Mitchell's Who Has Seen the Wind. He won the Amelia Frances Howard-Gibbon Illustrator's Award for A Prairie Boy's Winter in 1974 and A Prairie Boy's Summer in 1976. He was made a member of the Royal Canadian Academy of Arts. In 1976, he was made a Member of the Order of Canada. He visited Ukraine in 1970 and again in 1977, posthumously publishing To My Father's Village. He died of cancer in Toronto in 1977.

Bethlem Museum of the Mind has 4 pieces of artwork for William Kurelek. 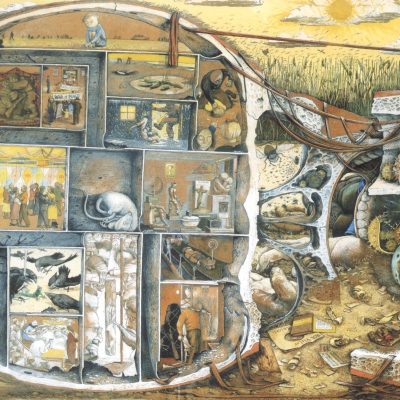 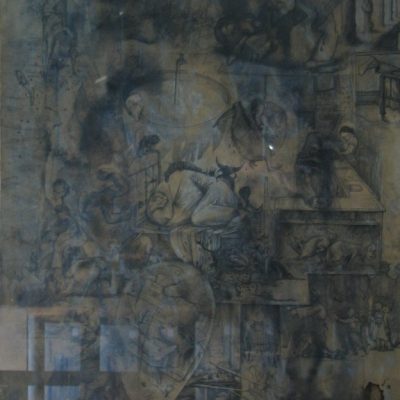 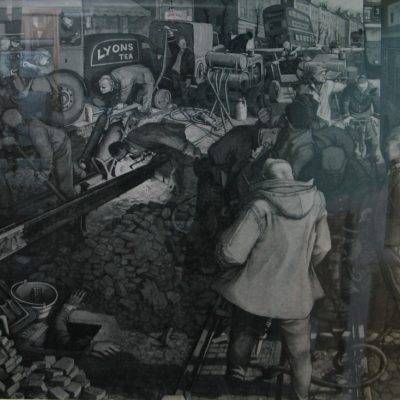 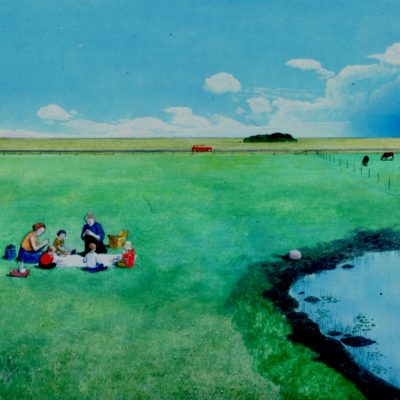