Brilliant Visions presents drawings and paintings by Surrealist artists who took part in the Guttman-Maclay mescaline experiments of the 1930s. Julian Trevelyan, Basil Beaumont and Herbrand Williams are among the artists featured next to archival materials and additional artworks from the Bethlem Museum’s collection.

Co-curated by Mike Jay, author of ‘Mescaline: A Global History of the First Psychedelic’ and Kate Tiernan, this exhibition provides an insight into the first era of research into psychedelics and mental states.

In the 1930s two psychiatrists at the Maudsley Hospital, Dr Eric Guttman and Dr Walter Maclay, encouraged patients suffering from schizophrenia to make art in an attempt to ‘explain themselves’. However, they noted that only a minority of patients had the capacity to translate their hallucinations into pictorial form. These findings led the doctors to invite professional artists from the Surrealist movement to take part in experiments involving the drug mescaline, as it was believed to produce an ‘experimental psychosis’. For the Surrealist artists, it was an opportunity to delve into the irrational, unconscious mind to find creative inspiration. The artistic depictions of the hallucinations – which ranged from ecstatic to terrifying – were understood by the psychiatrists as illustrations of psychopathic states, and used as tools for analysis and classification.

This year marks a century since mescaline was first synthesised in a laboratory in Vienna. In recent years research into psychedelics has resumed, providing new insights into the workings of the brain and exploring their therapeutic potential for depression, PTSD and end of life care. 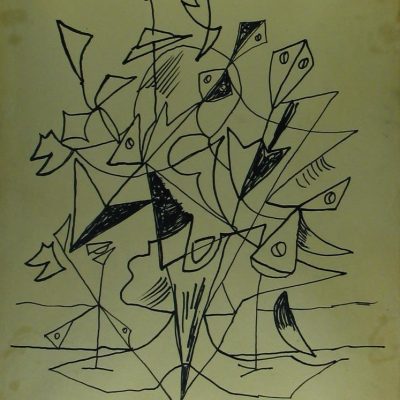 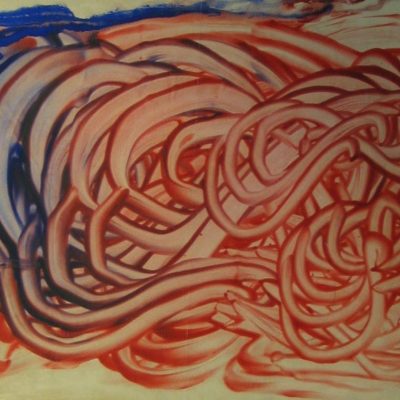 In the Frame for April 2011: Herbrand Ignouville-Williams’ Purple Finger Painting

Find out more about Herbrand Ignouville-Williams' work and the mescaline experiments conducted in the 1930s.

In the Frame for April 2013: anonymous ‘Red and Blue Abstract’

This month the Archivist has chosen to highlight ‘Red and Blue Abstract’ on the strength of his reading of Oliver Sacks’ latest book, Hallucinations.

The Politics of Interior Decoration

As mentioned in a recent post to our  In the Frame thread, Oliver Sacks devotes a chapter of his recent book Hallucinations to recounting the...